A bit of a slow morning as jet lag finally kicks in! This provided me with a great chance to hang out at the Boundless table and meet people (and prepare for tomorrow's talks).

The second day continued the relaxed (for FOSS4G) pace:

A really cheerful meeting, sorry Jeff I could not wait for you :)

The evening keynote once again found everyone gathered into Ballroom B:

A good time was had by all, and really showcased the diversity motto for the conference! 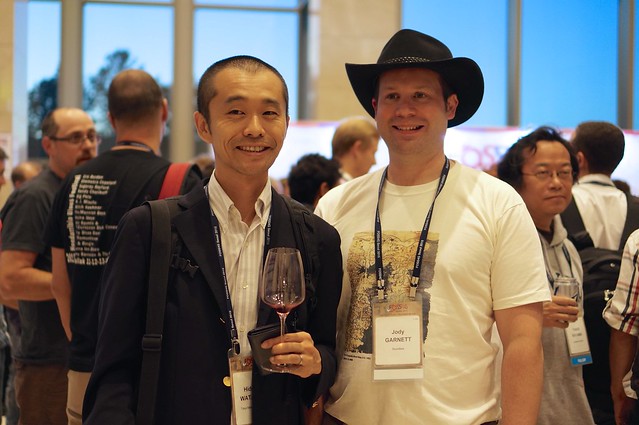 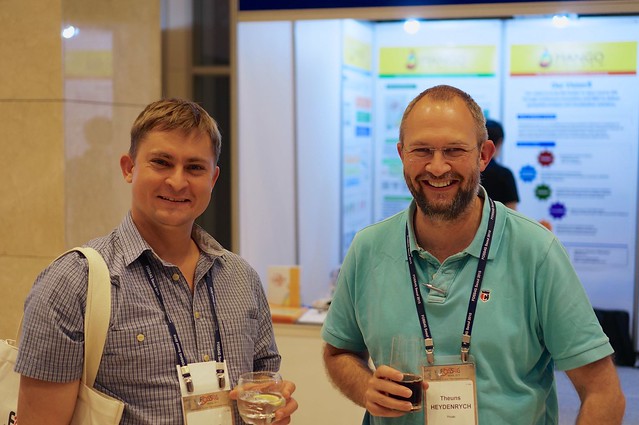 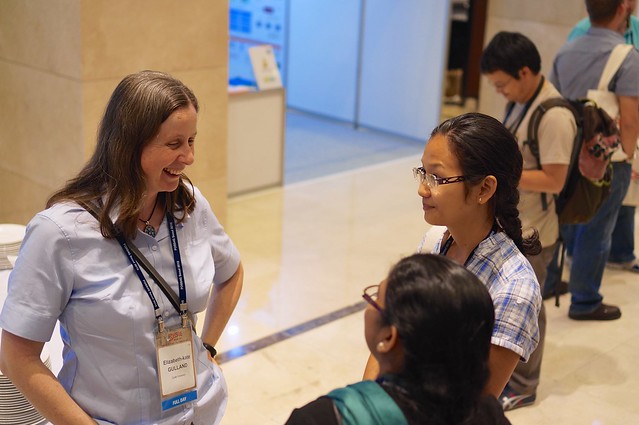 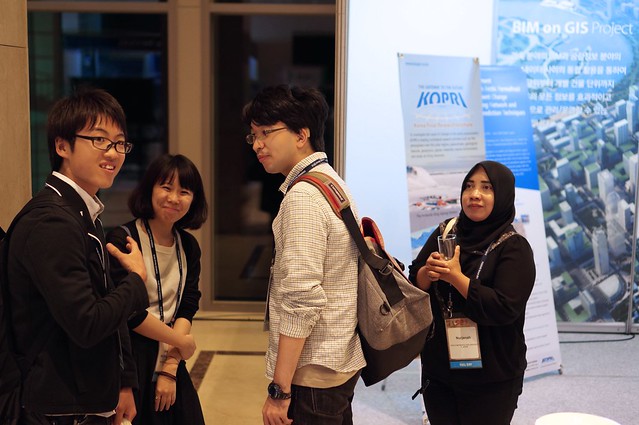 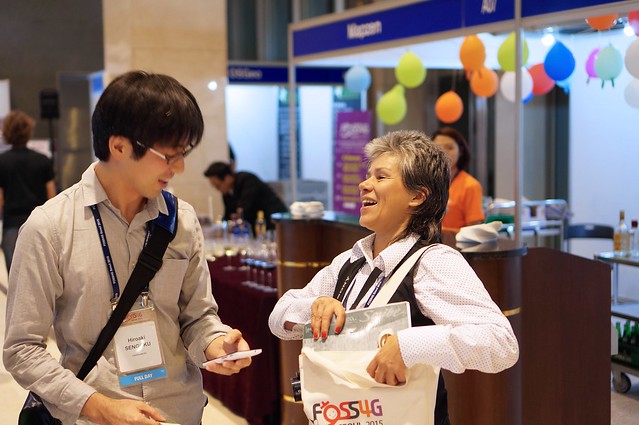 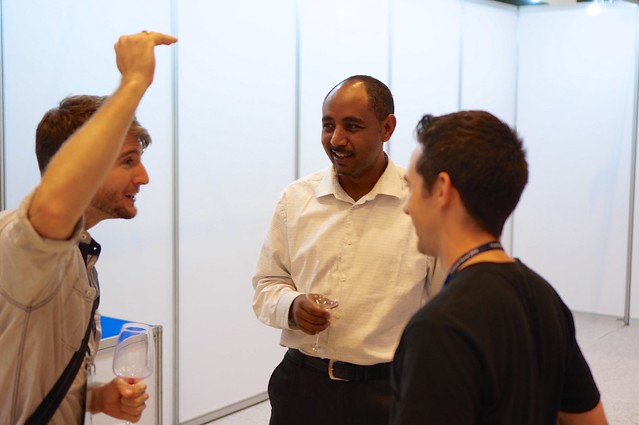 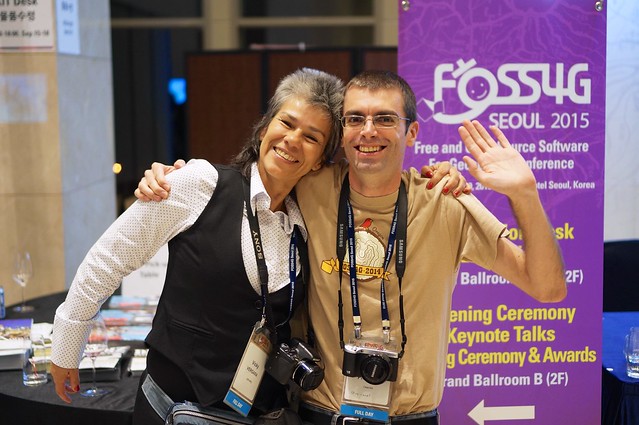 An "arrow" game was a popular hit, I expect that the bucket needed to placed due north to improve the general accuracy of the group attending. 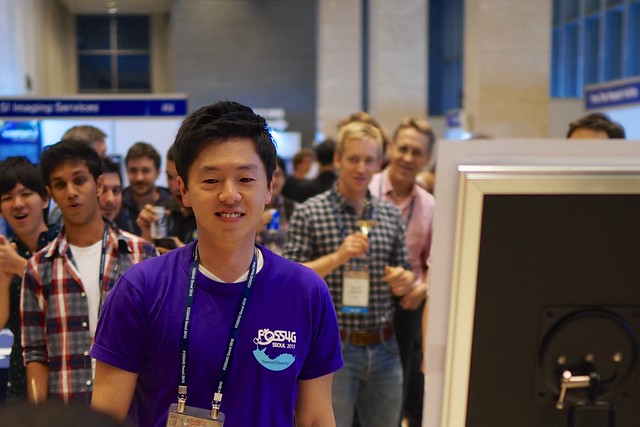 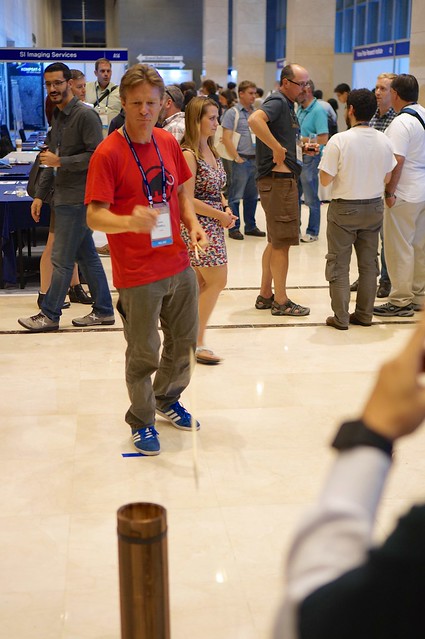 Less popular was the open mic (and loud music) near the OSGeo booth. 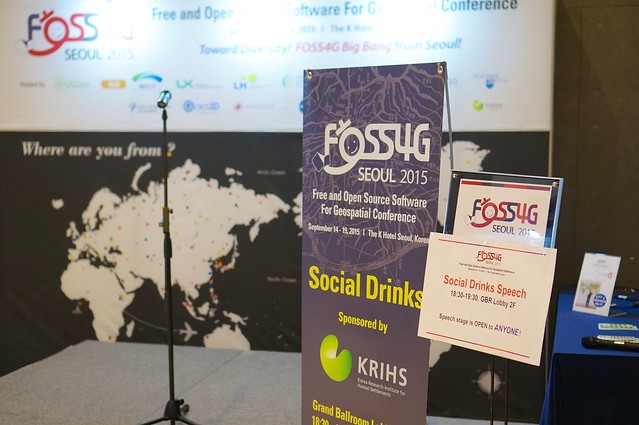 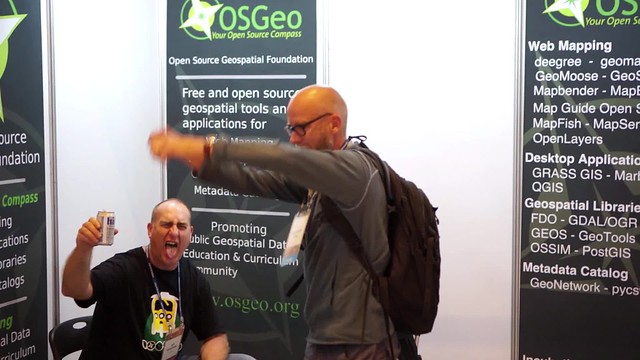 A friendly gathering of developers near and far, thanks to Andrew and Eddie for organizing. Great conversations about the upcoming LocationTech (and the possibility of adding Moscow into the mix). The big news is the announcement of foss4gna location for 2016.

Retreated to another restaurant for dinner (could not imagine having German sausages in Korea?) and stumbled home - apparently missing a few other attendees in the subway (sorry!).

The Free and Open Source Software for Geospatial was held in Seoul, South Korea in 2015. Thanks to my Boundless colleagues for such an enjoyable week and the Open Source Community for giving  us so much to celebrate with this lovely conference.
Posted by Jody Garnett at 10:35