The first day of a FOSS4G conference really sets the tone for the event, in this case arriving at the extensive K-Hotel venue - and then being helpfully directed by orange shirts through registration and into the main "Ballroom B" for the keynote.

The exhibit area at the event is nice and bright and cheerful - and draws from both the FOSS4G conference (think t-shirts and smiles) and the Smart Geospatial Expo 2015 conference (think suits) which is running concurrently.

The Boundless table is moving a lot of LocationTech "stickers" - providing a great opportunity for outreach. Although I notice whenever we leave the table any promotional stickers or mugs tend to vanish!

This is a great opportunity to meet everyone and catch up with open source colleagues.

Activities we are highlighting this week: 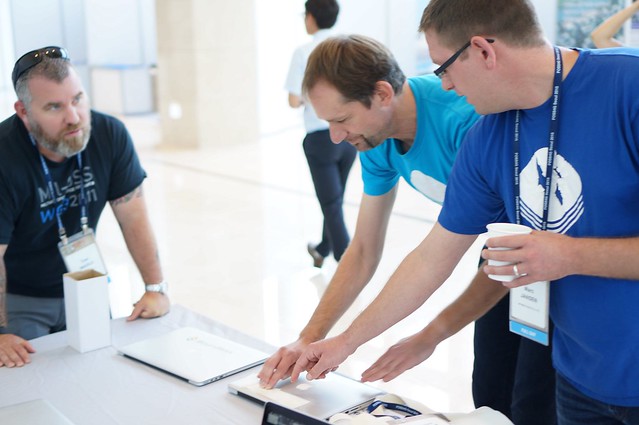 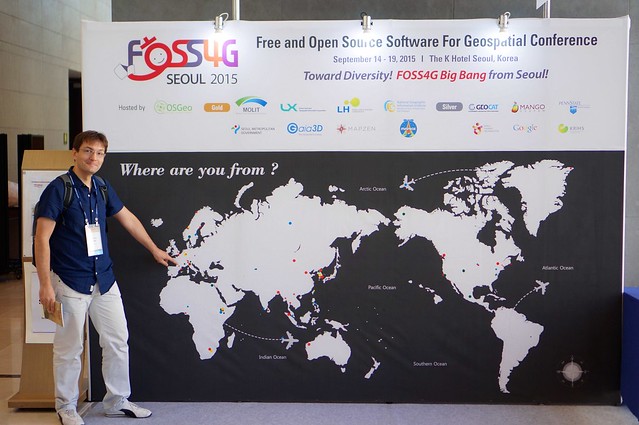 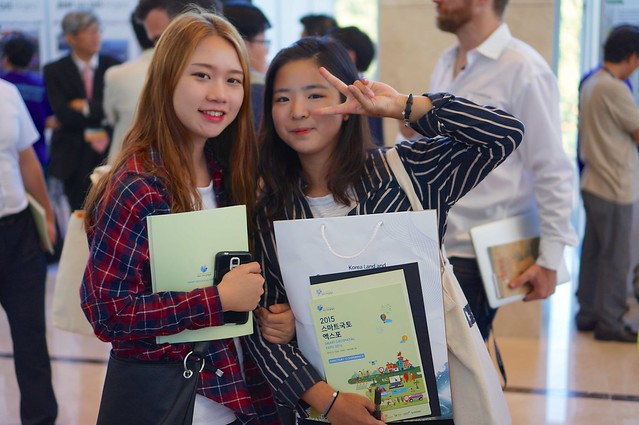 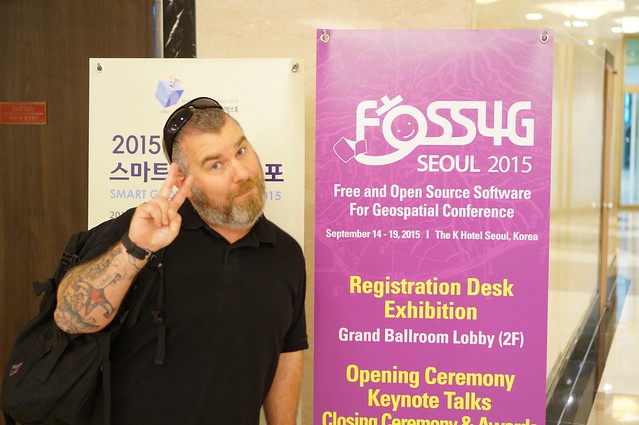 Presentations were very relaxed this year, with the occasional hour long coffee break! This calmed the whole conference down relative to previous FOSS4G conferences. The only "glitch" was that each session room did not keep to the same schedule - often running ahead. This left a few attendees disappointed (when they tried to bounce between rooms to pick up an important talk).

I am assured (via twitter) that videos will be made available on the conference website in case you were unable to attend, or missed a presentation you were interested in.

We had a good discussion at the GeoServer / GeoTools BOF meeting - it was pretty quick:

Excellent food, impressive drumming - but rather expensive at $110 USD if you bought your own ticket (by contrast the Korean BBQ after the workshops was $90 for a table of four).

The other conference, Smart Geospatial Expo, had some kind of awards ceremony that Jeff was dragged into. Lucky Jeff :) The important part, as always, was the conversations! And the stand-up format allowed for everyone to wander around, search for napkins, and interact with more people than we would have if we'd been sitting down. 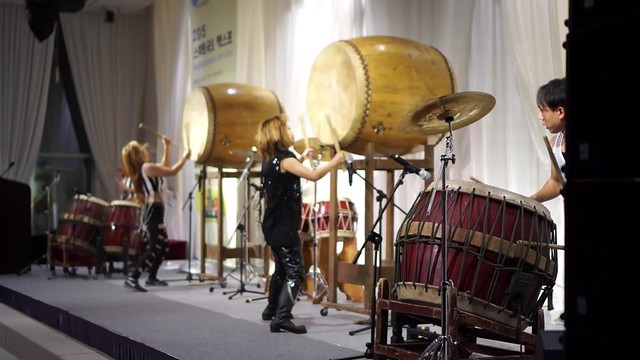 The Free and Open Source Software for Geospatial was held in Seoul, South Korea in 2015 (see round-up blog post). Thanks to my Boundless colleagues for such an enjoyable week and the Open Source Community for giving  us so much to celebrate with this lovely conference.
Posted by Jody Garnett at 10:29