2014 Drafts: It seems I have a range of unpublished blog posts from last year (often from community functions)

Eclipse Day Sydney was my first proper introduction to eclipse culture. Hats off to the organiser Mr Sai Paravastu and Carrington Associates for setting up the event. Sai worked extremely hard to set up the venue well outside of the usual stomping grounds for the Eclipse Foundation.

I really appreciate the great job lining up sponsors (making this a free event) and setting up a diverse program. I found out about the event at the last moment, and was able to secure a speaking spot (to introduce spatial to a mostly business crowd).

Surprisingly I was not the only mapping talk in the mix. Qiangsheng Wang was an charming speaker from CISCO Australia who offered the lovely example of mixing location into an otherwise innocent business system. 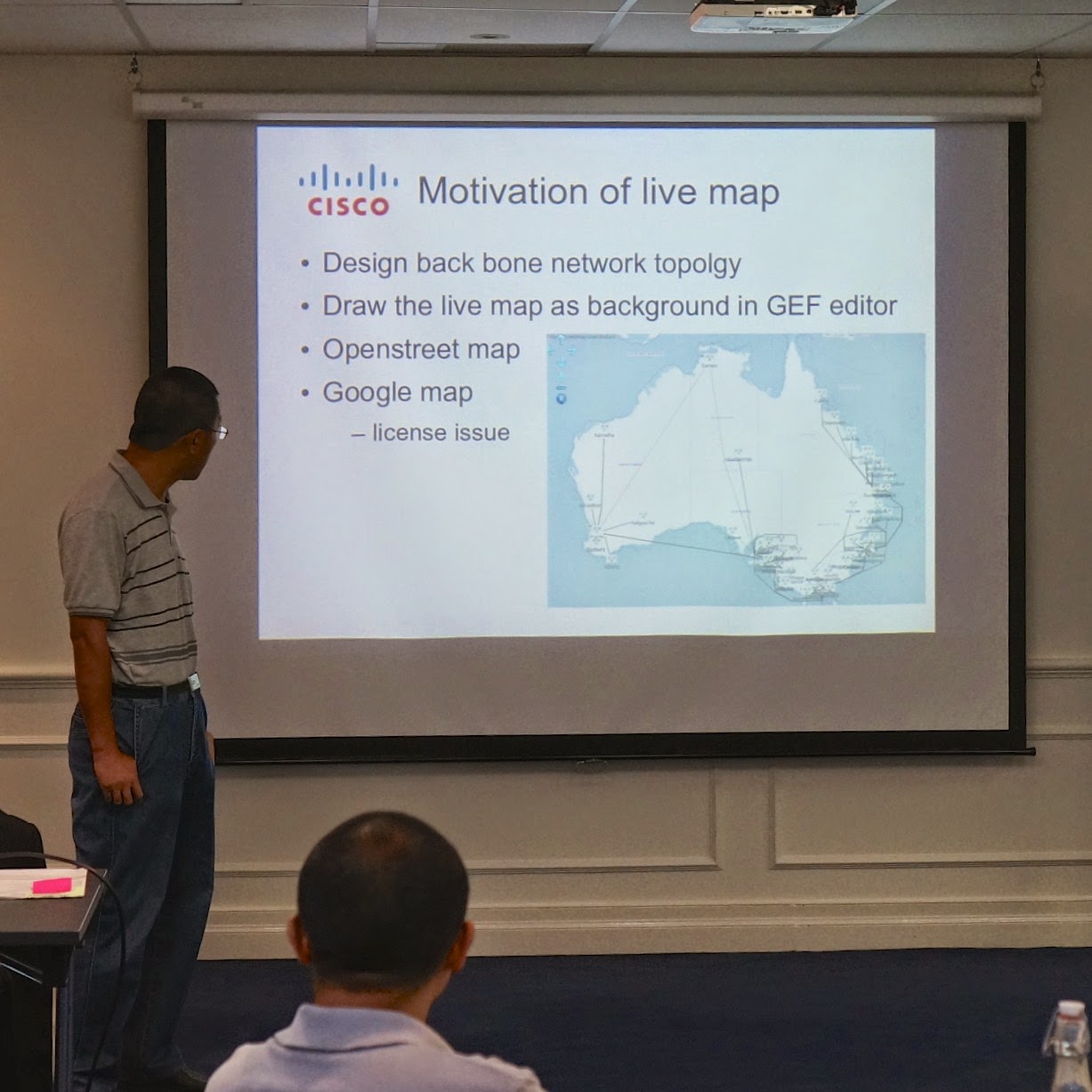 The application was a smooth mix of GEF (Graphical Editing Framework) elements onto of an OSM tile server backdrop.

This was interesting for me as making RCP business apps is the core competency for uDig. I tried to ask a couple scalability questions (as uDig evaluated and ran into the performance limitation of GEF early in its development).

There were two presentations by IBM aimed strictly at the developer crowd.

The Testing and Performance Tools Project (TPTP) presentation came across as a bit sad from an open source viewpoint. IBM had been doing an amazing job creating the eclipse testing platform, and then noticing (at the end of a successful project milestone) that they were down to one manager and one developer - with no "developer" community to speak of. The result is the public TPTP project being archived after its last release in 2011.

The project continues of course, inside IBM, and we were treated to an impressive development environment (introduction of proxies to allow record and playback, smoothly shift between test harness and server, etc...). The talk on TPTP established a solid baseline for the heart of the message: an environment for mobile development (expressed in business friendly terms). 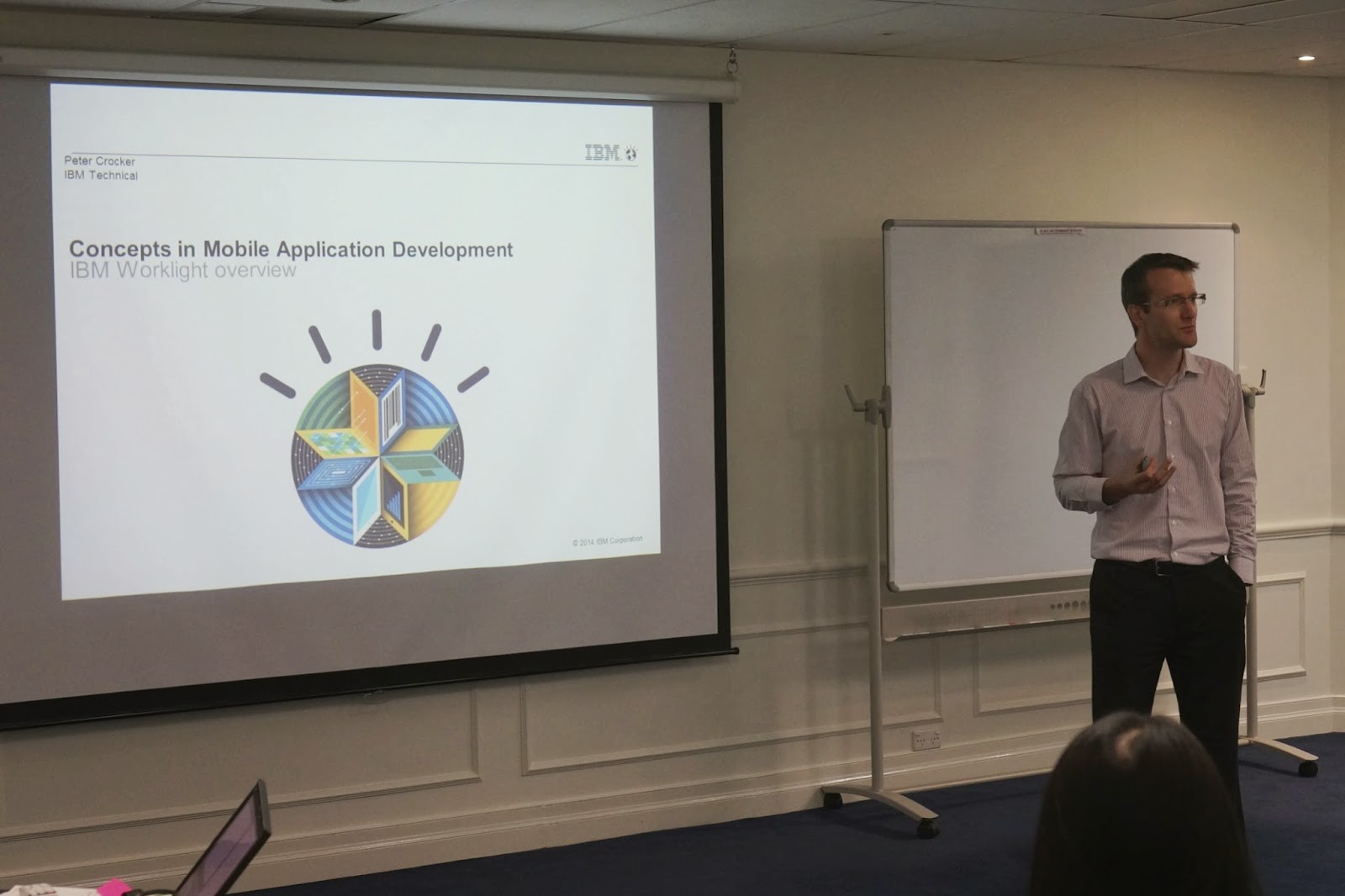 My own talk on "LocationTech" projects was a bit of an odd duck. Rather than promoting any particular project or technology (since none have passed incubation) this was an exercise in commuinity building.

The one benefit of being different was a wide range of questions from the audience (and even more during the break). 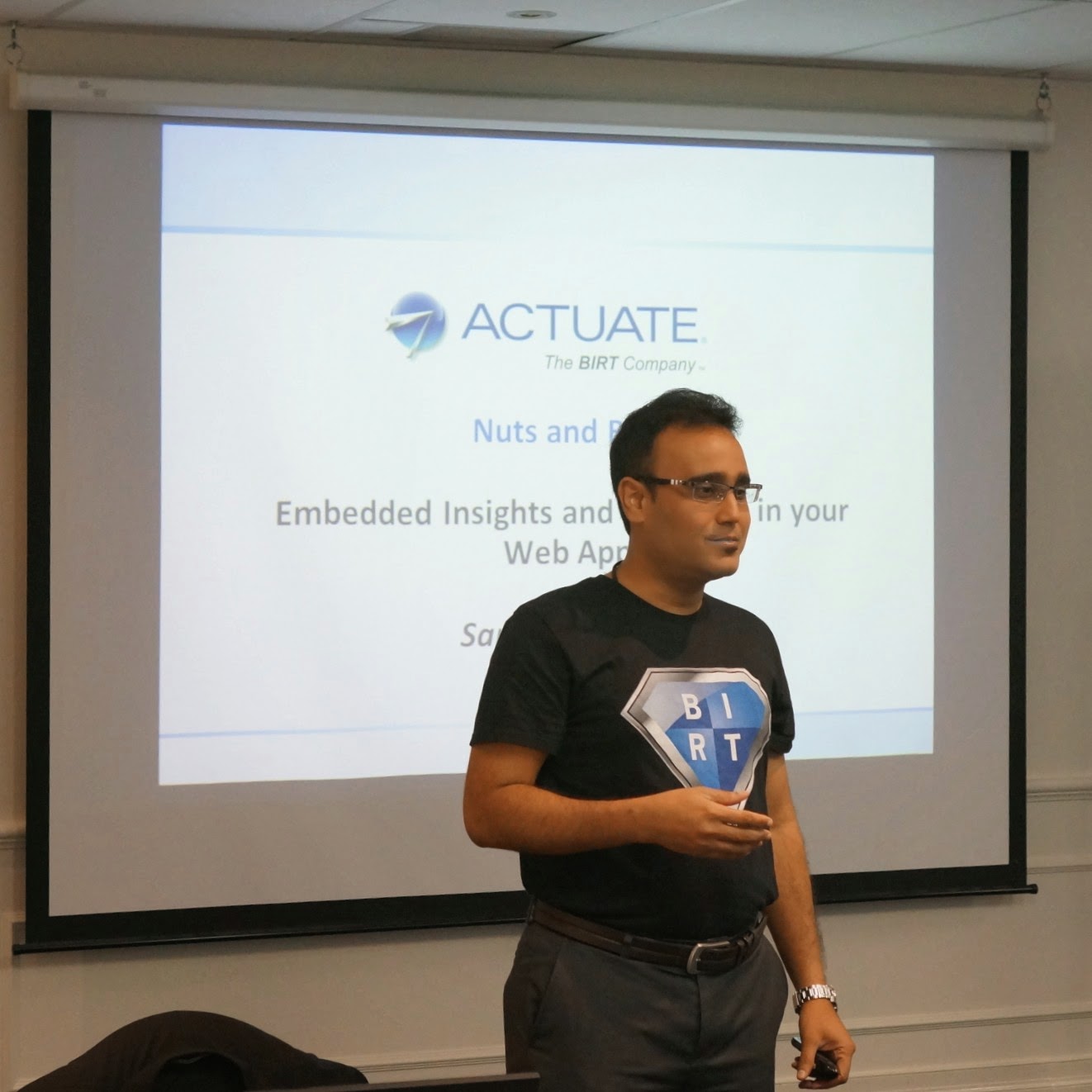 The presentations hard a clean break from the introduction (where the Actuate marketing department works with the "whole box of crayons") and the content produced by the engineer giving the talk.

While I was familiar with BIRT it was interesting seeing how the result was presented. For context Actuate is a member of LocationTech which has not been very active in their participation (despite the great opportunities for collaboration between BI and Mapping).

During the break I fell into a trap of referring to project developers (when gauging interest in a Sydney code sprint). What followed was an amusing gap of understanding which I should of seen coming.

When IBM and Acuate staff heard the word "developers" they pictured their target market - and loved the idea for more customer outreach. What followed was minuets of enthusiastic confusion while we sorted out my interested the open source angle (gauging interest in a community event with their "engineers").

A thanks again to the Mr Sai Paravastu and the event sponsors. This was a great event (and well attended). It provided a peek behind the corporate curtain where open source is gradually making inroads through events like this. 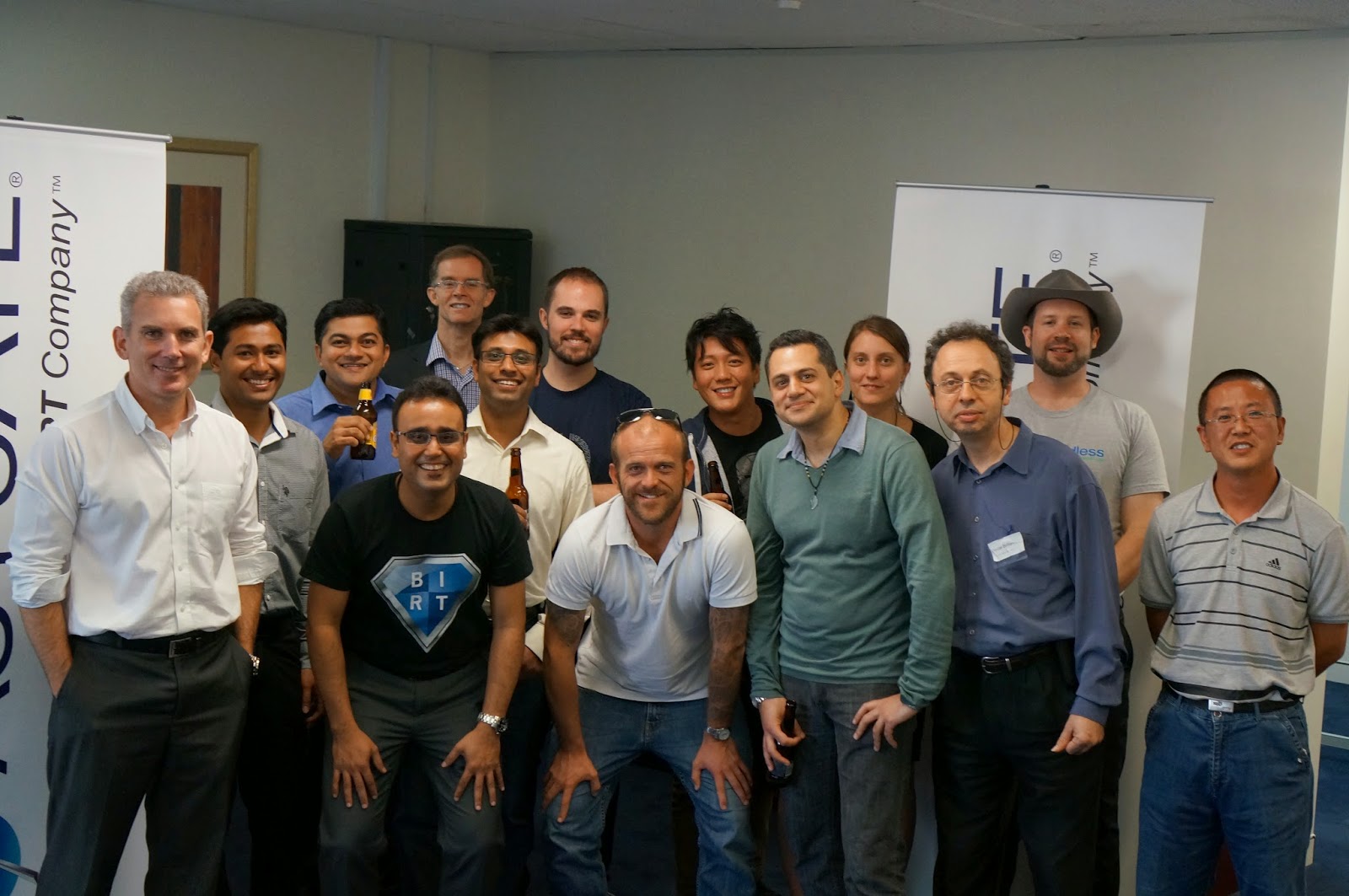 While this event may not of been the Eclipse culture I was expecting to find, the event helped clarified where the Eclipse Foundation can help take open source. There is is (of course need) and a challenging out reach problem to overcome.
Posted by Jody Garnett at 11:12