And now for the Latinoware 2012 presentation people actually came to see - the State of GeoServer 2012. Once again the content is CC by Attribution and build on earlier talks.


State of GeoServer 2012 from Jody Garnett
The talk raised a lot of questions, both directly after the talk and in the breaks between presentations. The questions all came down to catalog service web support - and what it means for GeoServer 2.3.

I also got to play the careful balancing act between representing GeoServer (as PSC) and representing the Open Source Geospatial Foundation (ie product neutral). There is still a lot of confusion around how to evaluate and select open source projects for an successful engagement.

The most appropriate course of action is to engage with the local community - a major strength of the OSGeo Chapter setup. 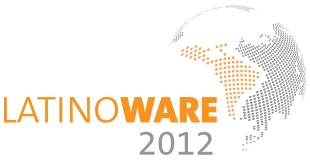 Once again the important status update is the release of GeoServer 2.2. This release was a long time coming and improves major headline features, and important changes under the hood.

Recent activities covered by the presentation:

There is still a lot of confusion around how to evaluate and select open source projects for an successful engagement. plumber diamond bar

I have recently started a blog, the info you provide on this site has helped me greatly. Thanks  for all of your time & work.   Physical Therapy for relieving back pain